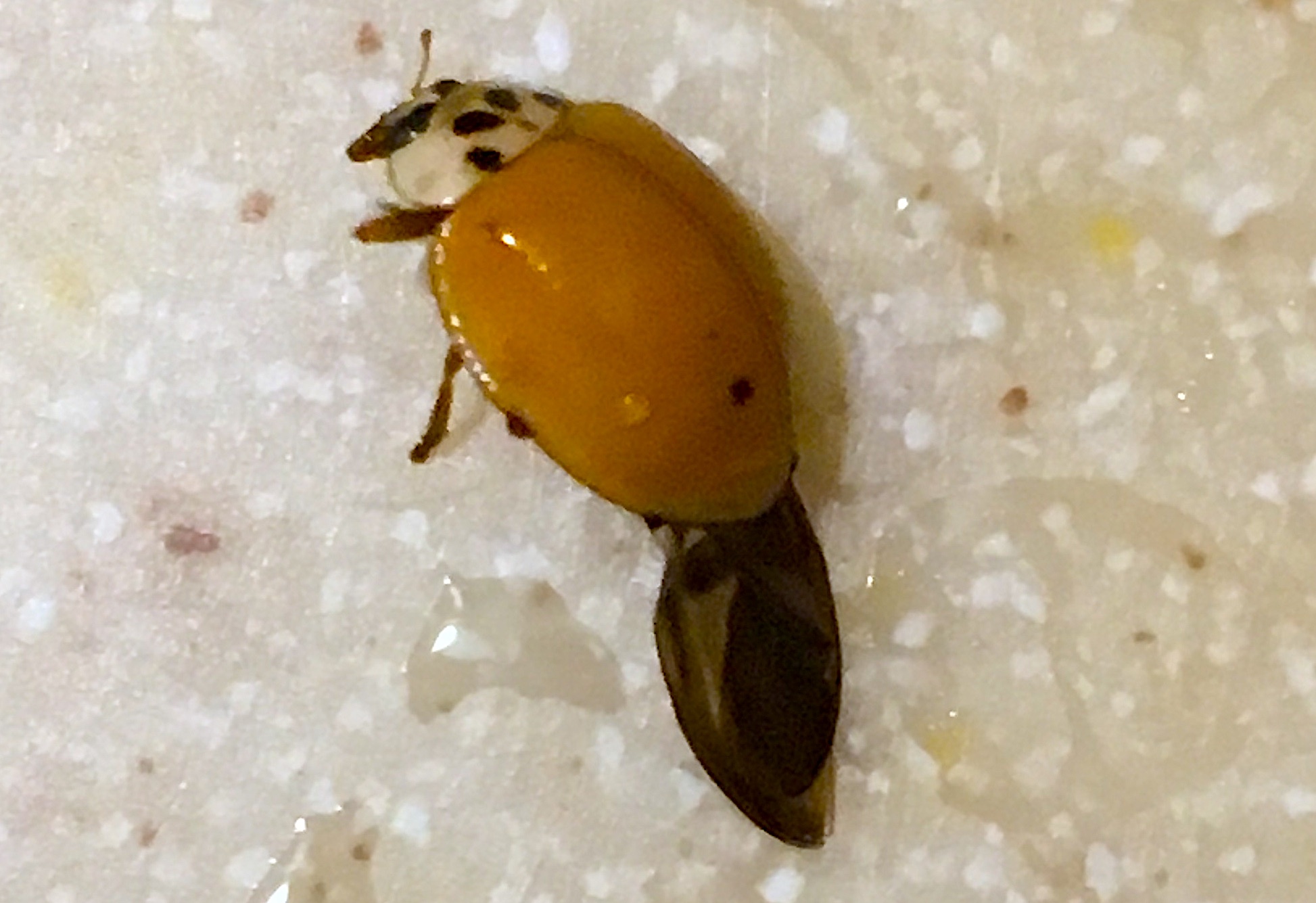 I have a new-found appreciation for Asian lady beetles.

Yes, you read that correctly. After a two-hour drive across a portion of the eastern half of the state with a few of these gypsy hitchhikers early last month, I have a growing interest and respect for the frequently annoying creatures.

You know the ones I’m talking about. Those hard-shelled little bugs that come in various shades of orange with black spots that you see climbing around your window sills, door frames and walls – both inside and outside. In fact, you might have just set down your vacuum cleaner, or perhaps you’re already reaching for it again, in an effort to suck up a few more of the seemingly omnipresent little buggers.

As the name indicates, multi-colored Asian lady beetles are non-native to North America. Instead, they originate from eastern Asia and were imported to California about a century ago to help control aphids — sap-sucking pests — that were damaging pecan and citrus trees. A half century later, they were reintroduced in California, and then, in the late 1970s and early ‘80s, several more states followed suit, importing them for biological pest control. However, it wasn’t until some showed up in Louisiana in 1988, possibly from a shipping container, that they got a solid foothold in the United States. By the mid-1990s, they had begun spreading into the Midwest, much of the rest of the country and parts of Canada, displacing many native ladybugs in the process.

Asian lady beetles are very similar in appearance to other lady beetles, but they are generally larger, at about one-third of an inch long. Like other beetles, they are predatory insects that can be beneficial in controlling many common garden pests, as well as soybean aphids, a serious pest of soybeans in agricultural states, such as Iowa.

While they offer benefits in the way of their innate pest-controlling capabilities, Asian lady beetles can make themselves a nuisance in September and October when their survival instincts lead them to start seeking out warm, sunny places to hibernate ahead of winter. For countless legions that means trying to get inside buildings, especially human homes.

The good news is Asian lady beetles don’t feed or reproduce indoors. They don’t damage furniture or clothes or wood or the siding of your home. They don’t carry diseases and while they might pinch your skin they don’t bite or sting. The worst they do is emit a distinct odor if they are intentionally or inadvertently smashed.

But back to the car ride I shared with one in early October. Actually, the story began with a couple dozen of the small saucer-shaped beetles milling about on top of our vehicle while we dined at a pub in the German colony of Amana. Upon leaving the establishment, I noticed numerous beetles clinging to the hood and windshield as we pulled out of town to drive back to Ames. It was a bit curious to me as I gradually increased speed that only a few of the beetles peeled off and vanished in the wake of the speeding vehicle.

Perhaps I should have been paying more attention to my driving, but in the late afternoon light I found myself captivated by the tenacity of these miniscule mites to stand their ground and be unmoved by the natural forces all about them. Mile after mile ticked off our two-hour journey and only on rare occasions did a previously ensconced beetle disappear. At a stop sign some 20 miles into the drive, most took the occasion to fly off to find shelter in a foreign environment that by scale must have been as far away from their homes as the moon is to us.

Still, three unflappable beetles held their ground as we eventually reached even greater speeds once we jumped onto the westbound lanes of U.S. Highway 30. Somewhere on a sweeping curve near Tama I glanced down and noticed one beetle had disappeared, yet the other two remained, fastidiously holding their posts on the car’s hood in defiance to the massive draft generated by a couple of passing semis.

Farther down the road near Marshalltown, with my wife and daughter sleeping and the sun beginning to set in earnest, one beetle either had had enough or could no longer exert the strength needed to hang on. He, or she, had slipped away into the darkness. Now, all that remained was one lone beetle, and I suddenly began actively rooting for it. Could it make it to State Center or even Colo? What about Nevada? Was Ames a possibility or only a pipedream? Thirty miles to go, and I could barely take my eyes off the tenacious creature that had lost all color and now appeared only as a dark spot in the sun’s fast-fading afterglow.

Crap! Onramp to Interstate 35. Will the change in speed, wind direction and increased traffic disrupt “our” concentration? We have to do this. Just a little farther.

Northwestern Avenue. Hang on. Almost there.

McKinley Street. Just a few more blocks. It’s dark. Are you there?

Five more driveways. Four. Three. Two. One. We’re here. We made it!

I jumped out of the truck to inspect the beetle, which was still very much alive. Incredible. Simply amazing. Into the house I went to give it a chance to lap up a little water, which it did, and then back outdoors to a plant container holding several geraniums. If I were an Asian lady beetle, I think I’d be happy there.

No, if I were an Asian lady beetle, I’d be attempting to get into your house, or at least trying to hitch a ride with you, wherever that might lead.