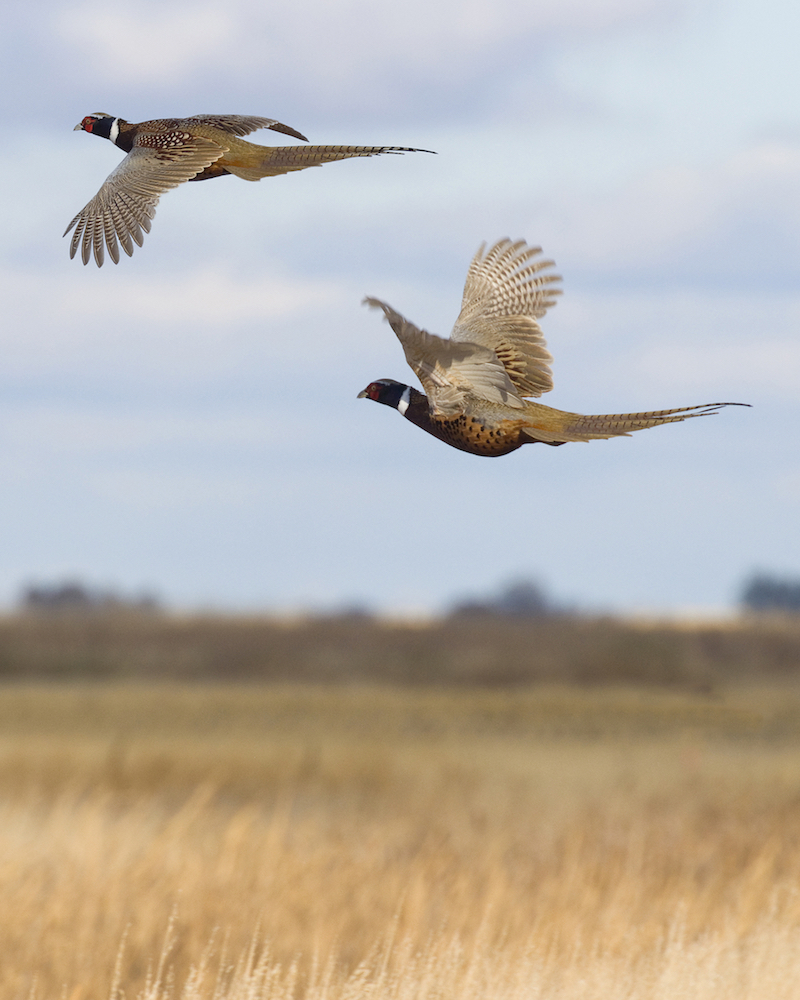 Upland hunters may have to contend with standing corn, some mud and possibly a little snow cover in their search for their favorite gamebirds this weekend.

Iowa’s annual ring-necked pheasant opener is Saturday, and some 50,000 hunters are expected to fan out across the state’s private and public lands.

“Hunters can expect to find similar bird numbers to last year, but the October rain has our harvest running behind schedule so opening weekend may not be as successful as years past,” said Todd Bogenschutz, upland wildlife research biologist for the Iowa Department of Natural Resources. “However, a late harvest could lead to success later in the season.”

Last season hunters shot an estimated 250,000 roosters, and Bogenschutz said he expects a similar harvest this fall despite an August Roadside Survey that indicated numbers were down around the state.

Bogenschutz said the lack of dew in and ditches and fields during the survey timeframe was likely a major factor in skewing this year’s survey results. He said landowners have consistently reported seeing good numbers of birds this fall.

According to the survey, the statewide pheasant population dropped 30 percent from 2016. The numbers are derived from a total of 189 30-mile routes driven around the state. On average, the routes averaged 14.9 pheasants in 2017 compared to 21.4 in 2016.

In Iowa’s central zone, which includes, among others, Story, Boone and Hamilton counties, the survey showed pheasant counts dropped by 24 percent over last year from 31.6 birds per route to 24 this year. None of the nine zones saw an increase in pheasant numbers this year with the central zone second only to the northwest zone, which saw 26.3 pheasants counted per route.

Bogenschutz said the summer drought is also likely responsible for fewer bobwhite quail counted during the August survey. Quail numbers declined 23 percent from last year’s count, but, again, anecdotally, Bogenschutz said landowners are reporting seeing quail in areas that they had not seen them in years. The majority of the quail population is in the state’s southern three tiers of counties.

Iowa is experiencing a gradual change in its upland habitat. According to the U.S. Department of Agriculture, between 1990 and 2016, Iowa lost nearly 3,000 square miles of small grains, hay land and land enrolled in the Conservation Reserve Program (CRP) – all potential pheasant habitat.

“That’s equivalent to a strip of habitat 10 miles wide stretching from Omaha to Davenport. With the loss of small grains and hay lands to corn and soybean production, CRP is critical for Iowa pheasants,” said Bogenschutz.

CRP is a federal farm program. Congress is scheduled to begin discussion on the 2018 Farm Bill this fall.